Assisi and the journey of Francis

erched on the slopes of Mount Subasio rises the town of Assisi in all its beauty. Known throughout the world for being the birthplace of Saint Francis, patron saint of Italy, this place rich in spirituality and architectural beauties of the medieval period is recognized since 2000 as a UNESCO World Heritage Site.
Important pilgrimage site is a nerve center for meetings and comparisons on peace issues. Ceramiche Sambuco wanted to homage Assisi and the “poor” for the high symbolic value embodied, dedicating to the Saint, a series of tiles that depict its greatness through the anecdotes that consecrated him to history. 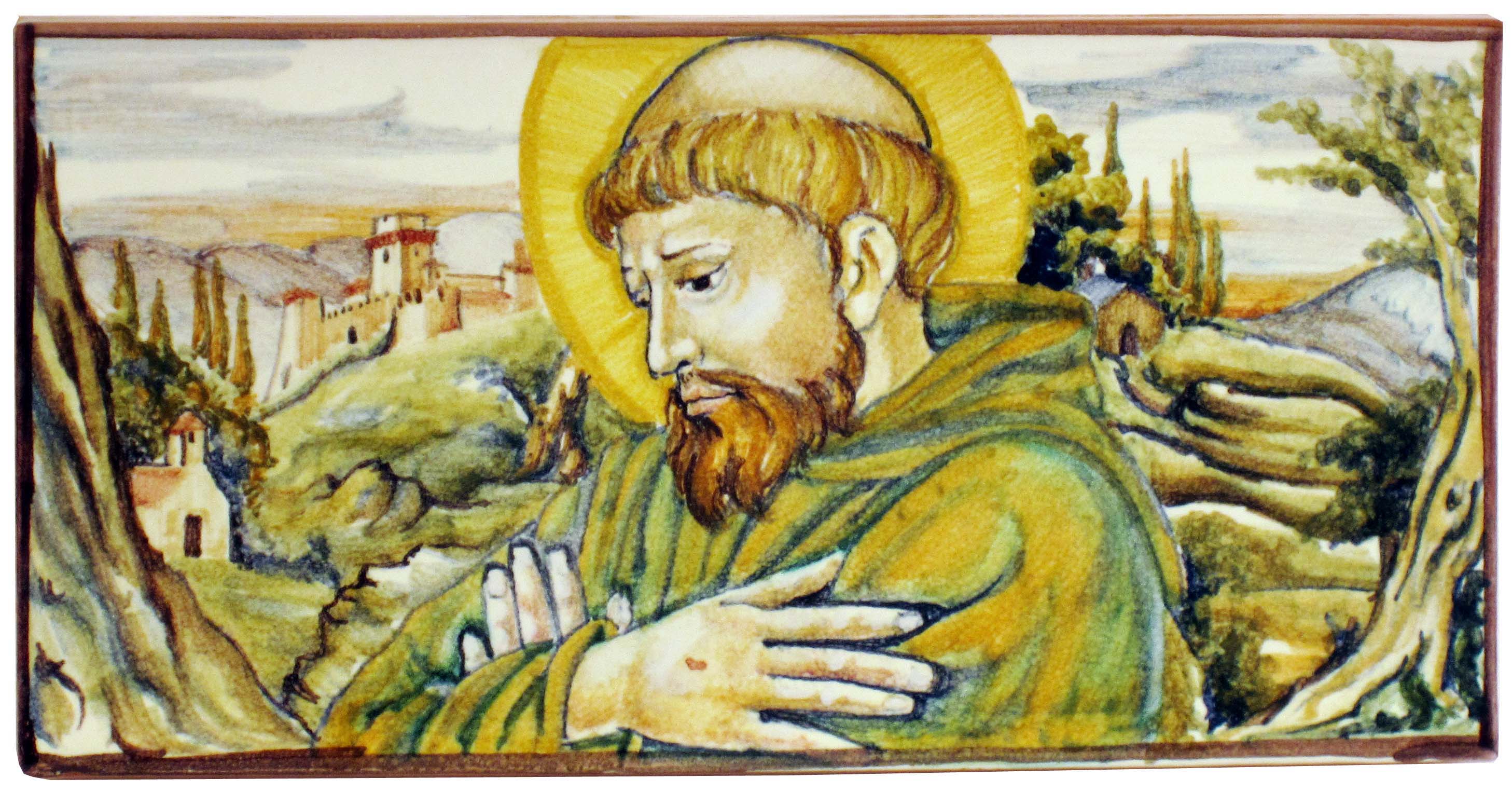 The ideal visit to this splendid medieval town can only begin with the Basilica of Saint Francis, where the saint rest remains. Built in the thirteenth century, it consists of two levels so different as to be complementary, the Lower Basilica and the Upper Basilica. This complex of immense artistic value, both for the architectural structures and for the precious frescoes and interior decorations, sees the two different buildings harmoniously integrated. The Basilica of Gothic appearance, bright and slender, and the lower and austere lower Basilica, which is accessed through a portal in Gothic style. To these are added the Crypt with the Tomb of Saint Francis, the beating heart of the Basilicas. 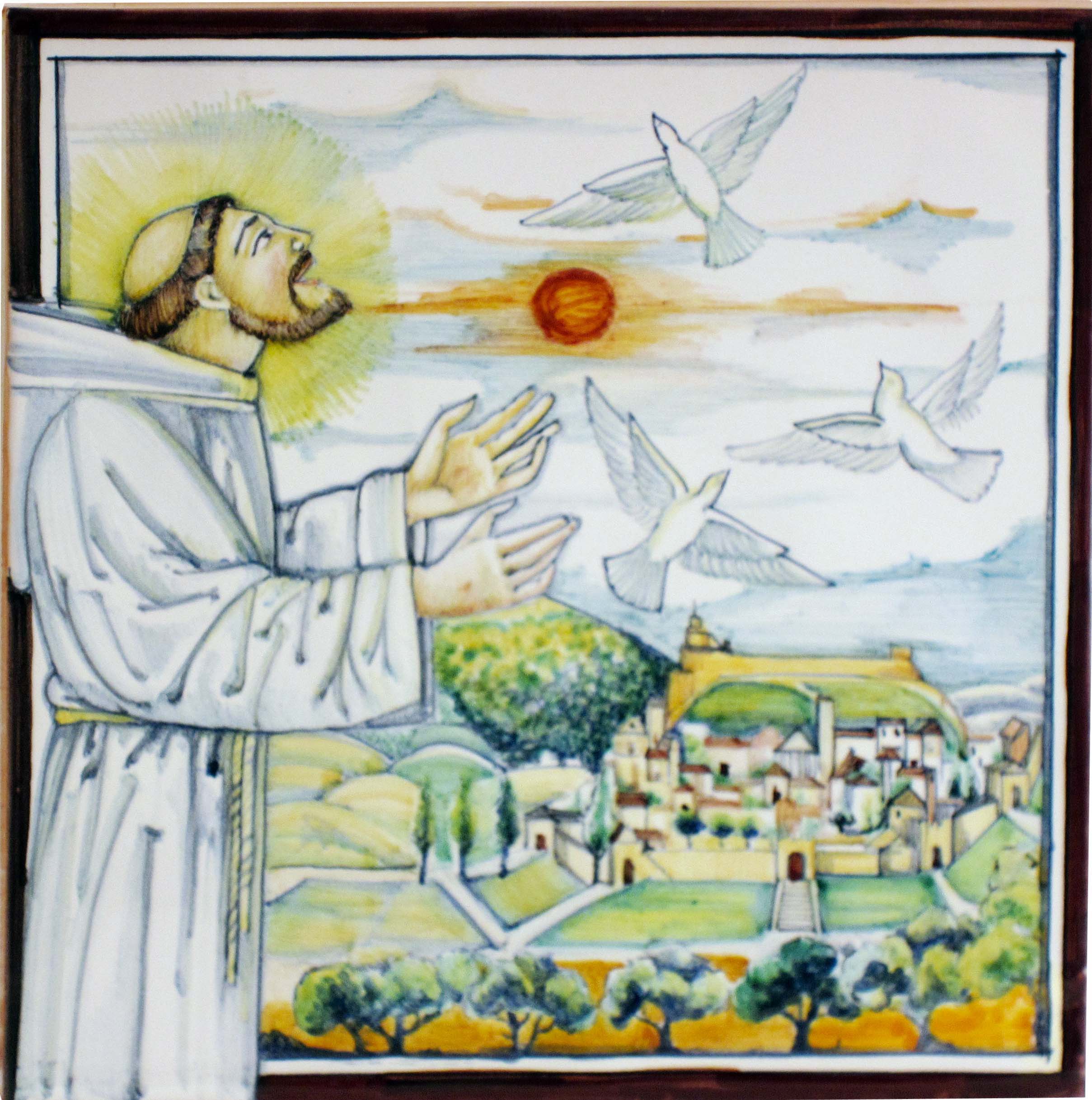 Tradition wants that the Basilica rises where Francis had chosen to be buried: near the lower hill of the city of Assisi, also called “Collis Inferni”, an area used during the Middle Ages to the burial of the condemned after public executions. The hill subsequently renamed “Collis Paradisi” saw the first stone for the construction of the Basilica in 1228, by Pope Gregory IX, following the proclamation of Francis as Saint, just two years after his death. The building of the Lower Basilica was completed in just two years, while the upper part of the building lasted for six years. Once the construction was completed, it was the object of successive and numerous interventions that over the centuries contributed to determining its current appearance. 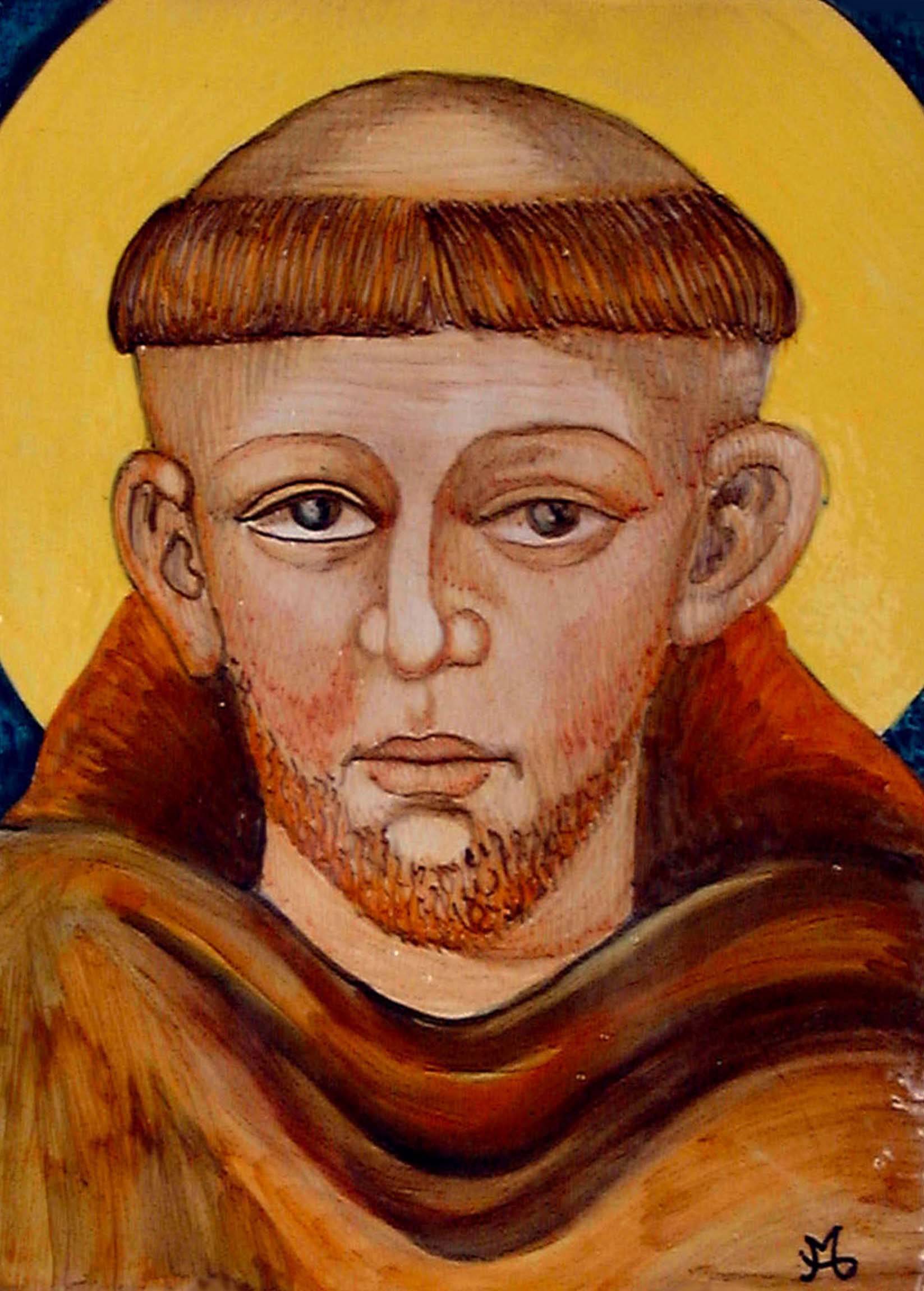 Like the exterior, the interior of the Basilica presents architectural and pictorial evidence of immense artistic value. In fact, in the Lower Basilica, inside the nave with transept, there are the extraordinary “allegorical frescoes” by Giotto with “Madonna, the Angels and St. Francis” and “Five Saints” by Simone Martini, beyond the “Episodes of life and passion of Christ”, the “Madonna and Saints” and the “Stigmata” by Lorenzetti. The upper church with a single aisle with apse and refined windows of the 13th century is frescoed with the cycle “La vita del Santo” by Giotto realized between 1296 and 1300, with the “Stories of the Old and New Testaments” of Cimabue school and in the transept, in the cruise and in the apse with frescoes of the same Cimabue dating back to 1277 as well as works by other masters such as Cavallini and Torriti.

Further insights that we can provide to complete the visit to Assisi and surroundings include the visit to the Church of Santa Chiara, the Cathedral of San Rufino, the Temple of Minerva, the hermitage of the prisons, the Basilica of Santa Maria degli Angeli with the Porziuncola, all places full of history, faith and devotion.

Those who like to spend their time immersed in meditation, along the ancient paths and trails once crossed by the poor, can walk, cycle or ride the Way of Francis starting their journey from north (La Verna) or south (Rome). This itinerary, which consists of numerous stages, allows one to approach ideally and spiritually to the saint lover of nature and defender of creation.