The Stations of the Cross

he Stations of the Cross is probably one of the most felt religious celebrations in the Christian world and represents with cruence the enormous sacrifice that the son of God puts into being for the salvation of humanity, sacrificing himself on the cross. Since early centuries, in fact, we know that alongside the traditional liturgical rites there have been other forms of prayer whose purpose has always been to help the laity to internalize what clergy celebrated in the church. According to this key, it is possible to understand sentiment and devotion that people of God lends for these celebrations.
Built between the XV and XVIII centuries, the Stations of the Cross has become a ritual, a characteristic gesture of Good Friday in particular and of Lent in general. There is no parish or church in which, next to official celebrations, this devotion is not proposed which commemorates the passion and death of Lord. Its origins can be seen in the pilgrimages carried out by many Christians in the land of Jesus and, in particular, in Jerusalem and in those who were then the sacred mountains, built by pilgrims returned from the Holy Land to keep alive the memory of their journey faithful. The popularity was due to H. H. Pope Innocent XI who, in 1686, granted many indulgences, the same as those granted to those who went to the Holy Land, even to those who practiced the pious exercise of the “Via Crucis”.¹
It wants to present to reflection and meditation the story of the passion divided into fourteen stations joined together by songs and invocations. These stations, which today, Church wants to bring to fifteen to not forget the center of our faith, namely the resurrection of Christ, do not all have a historical foundation, but some are the result of popular piety, like the three falls, the meeting with Mary and with Veronica … In other words, these are events that are not narrated in the Gospels, but which are meant to make Jesus’ journey to Calvary more vivid.

The Stations of the Cross that come to us as traditional are the following:

One of the Via Crucis made by Ceramiche Sambuco Mario 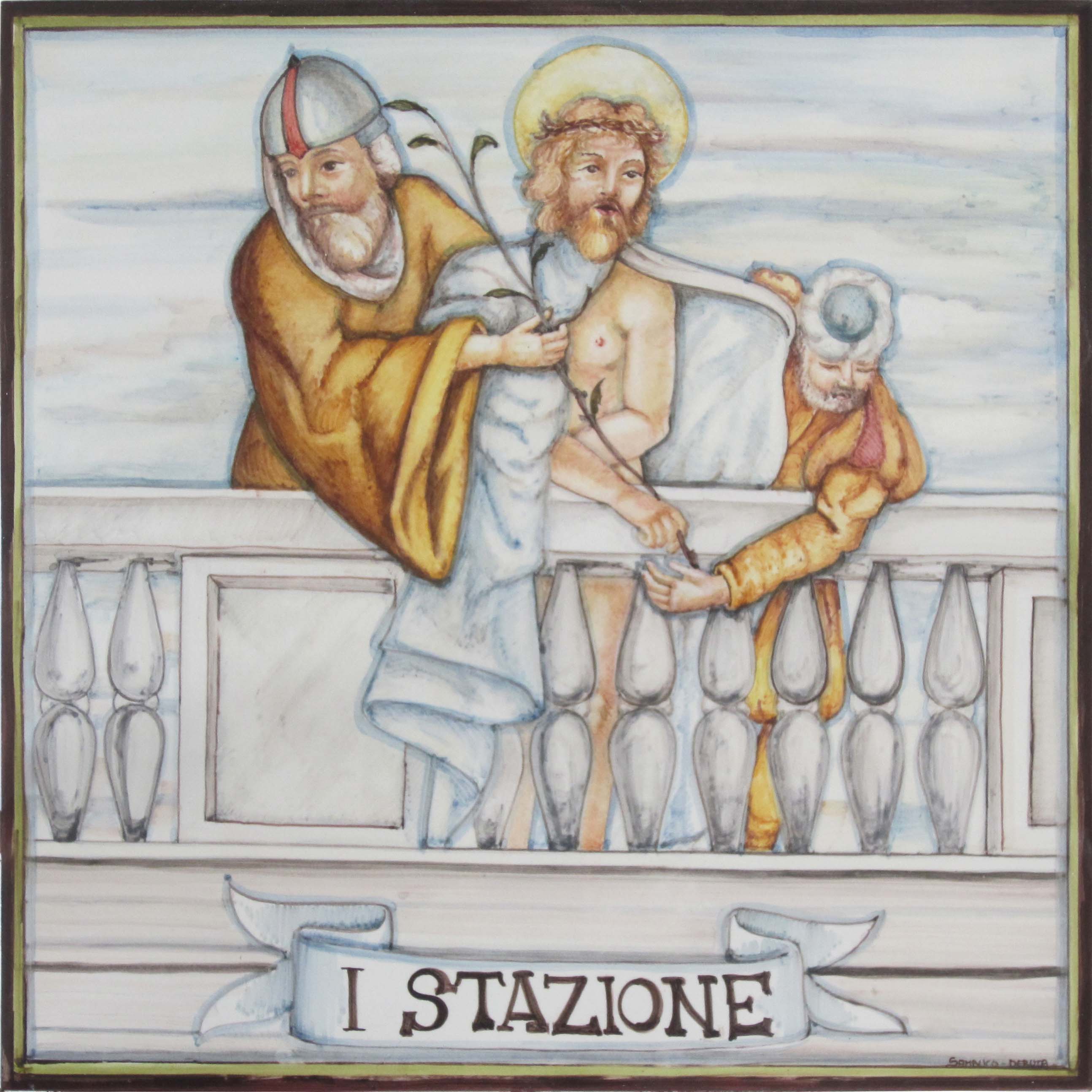 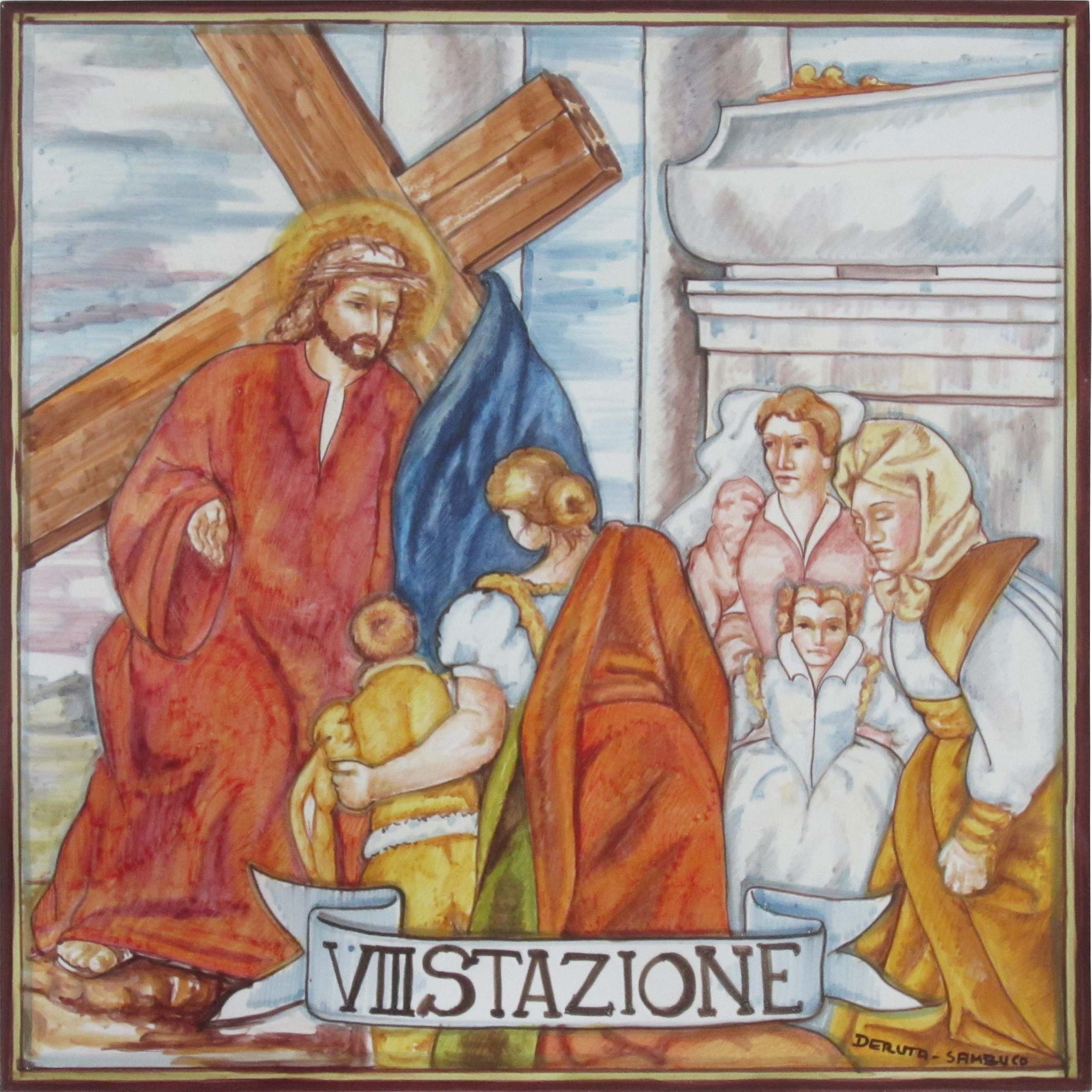 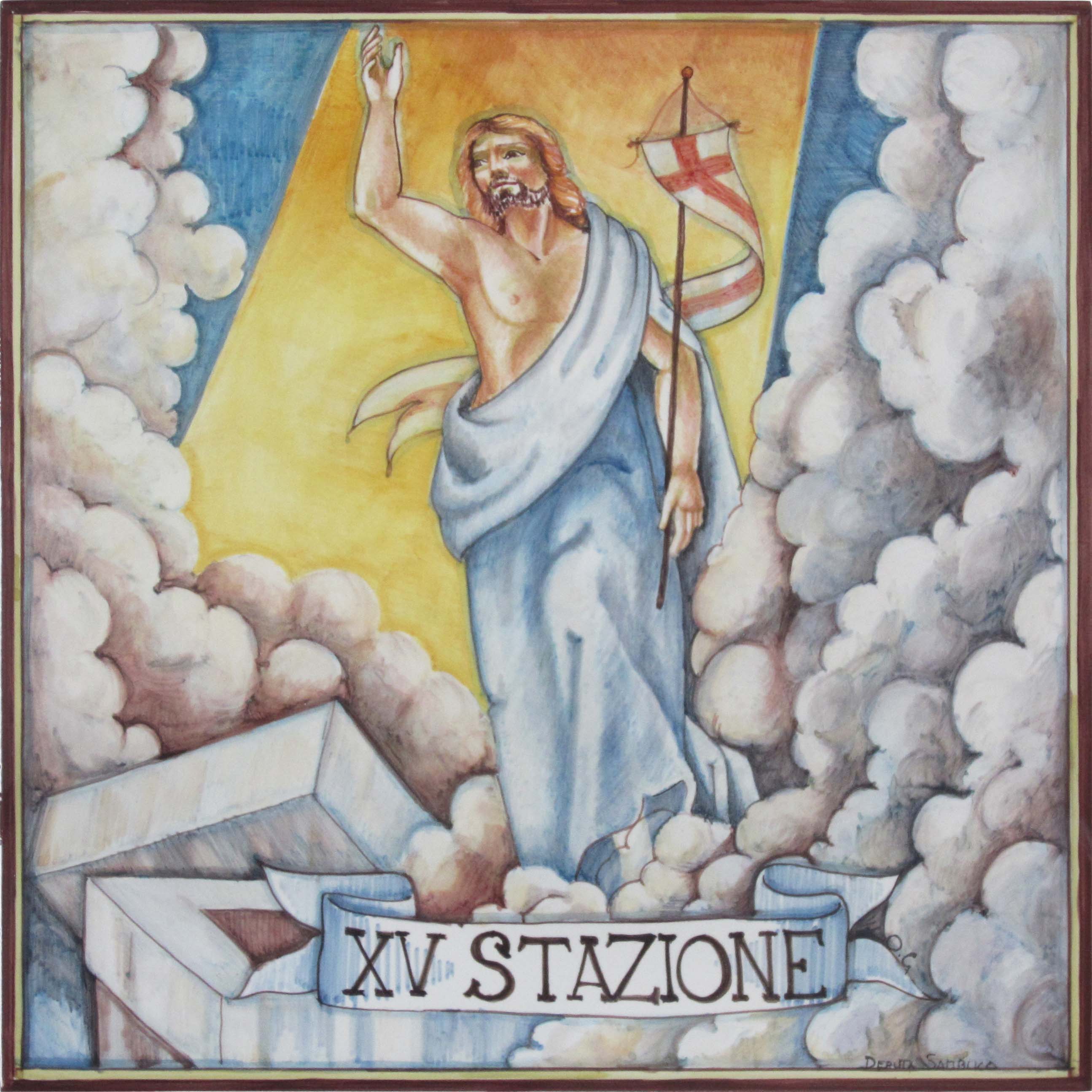