Sambuco Arte Sacra boasts a well-established tradition in the production and customization of ceramics ranging from furnishing and representation objects, to flooring, through liturgical accessories, proposed according to various shapes and decorations. 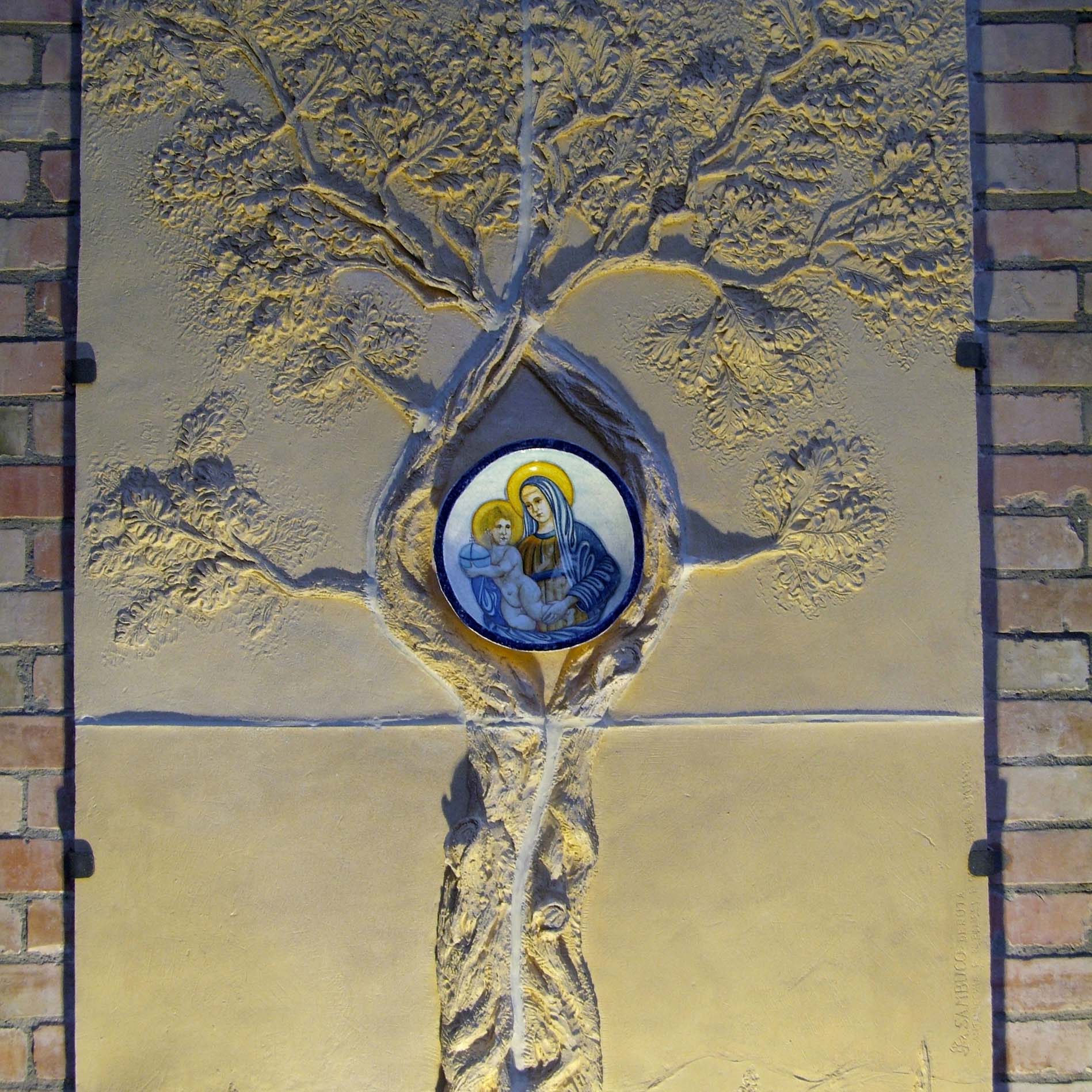 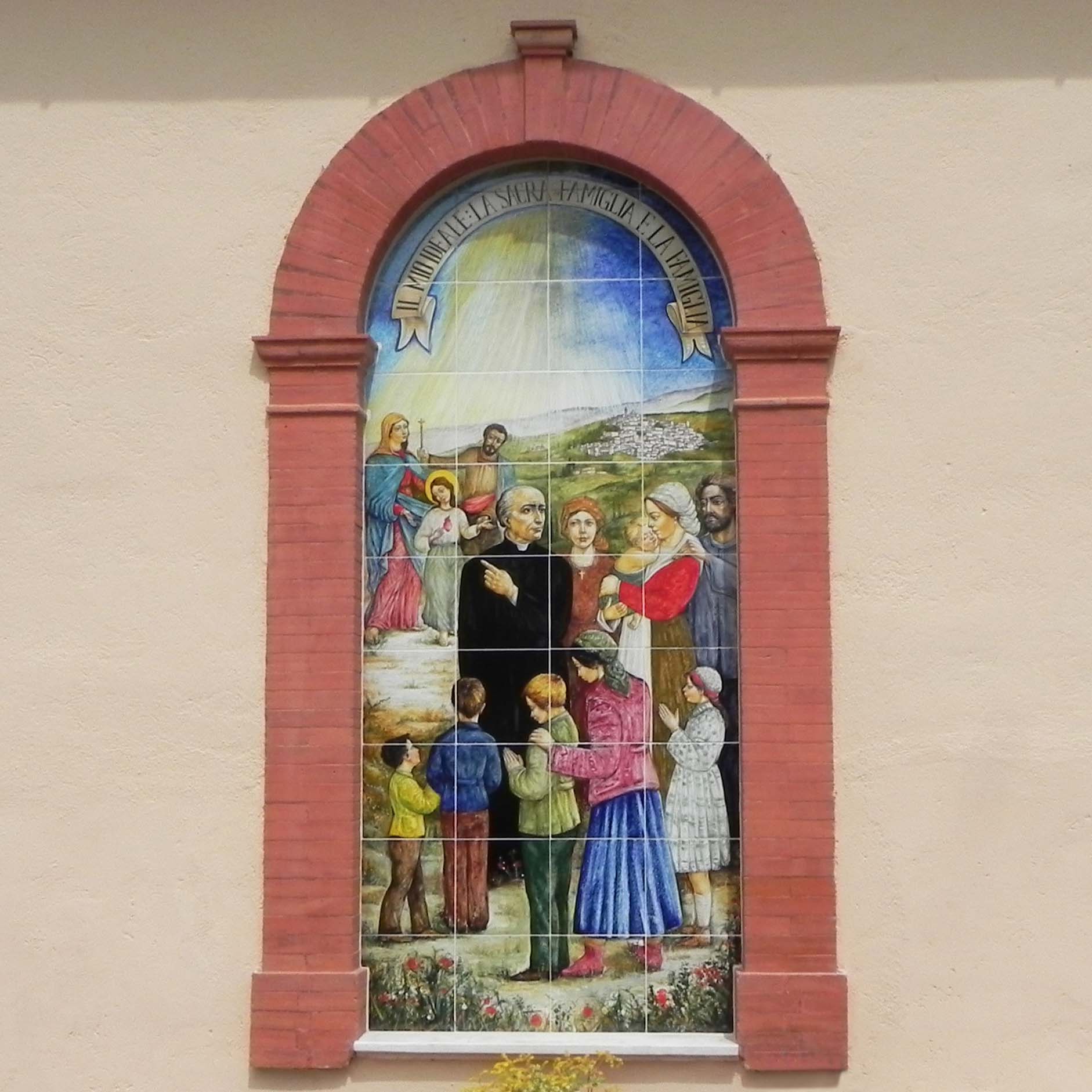 Sambuco proposes itself as an ideal partner for the realization of qualitatively superior objects, destined for various occasions or particular events. Thanks to know-how and experience of our staff, we are able to design and manufacture every kind of ceramic manufacture. 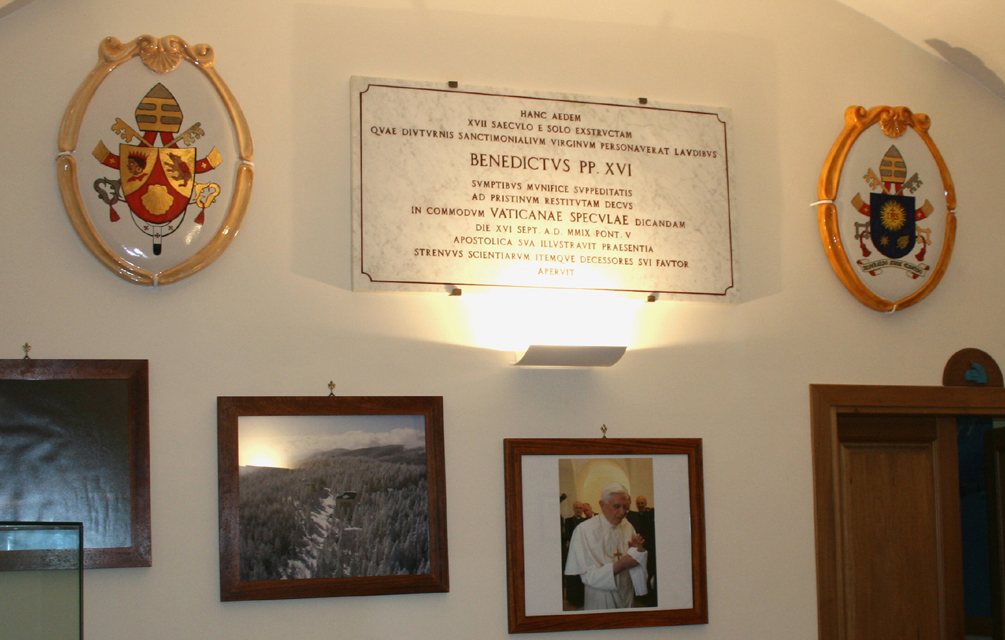 At Specola Vaticana(Vatican Specola)in Castel Gandolfo there are the coats-of-arms made by our company, the one of the emeritus Holy Father Pope Benedict XVI, and that of the current regent Holy Father Pope Francis. In the emblem “stands the emblem above of the Order of origin of the Pope, 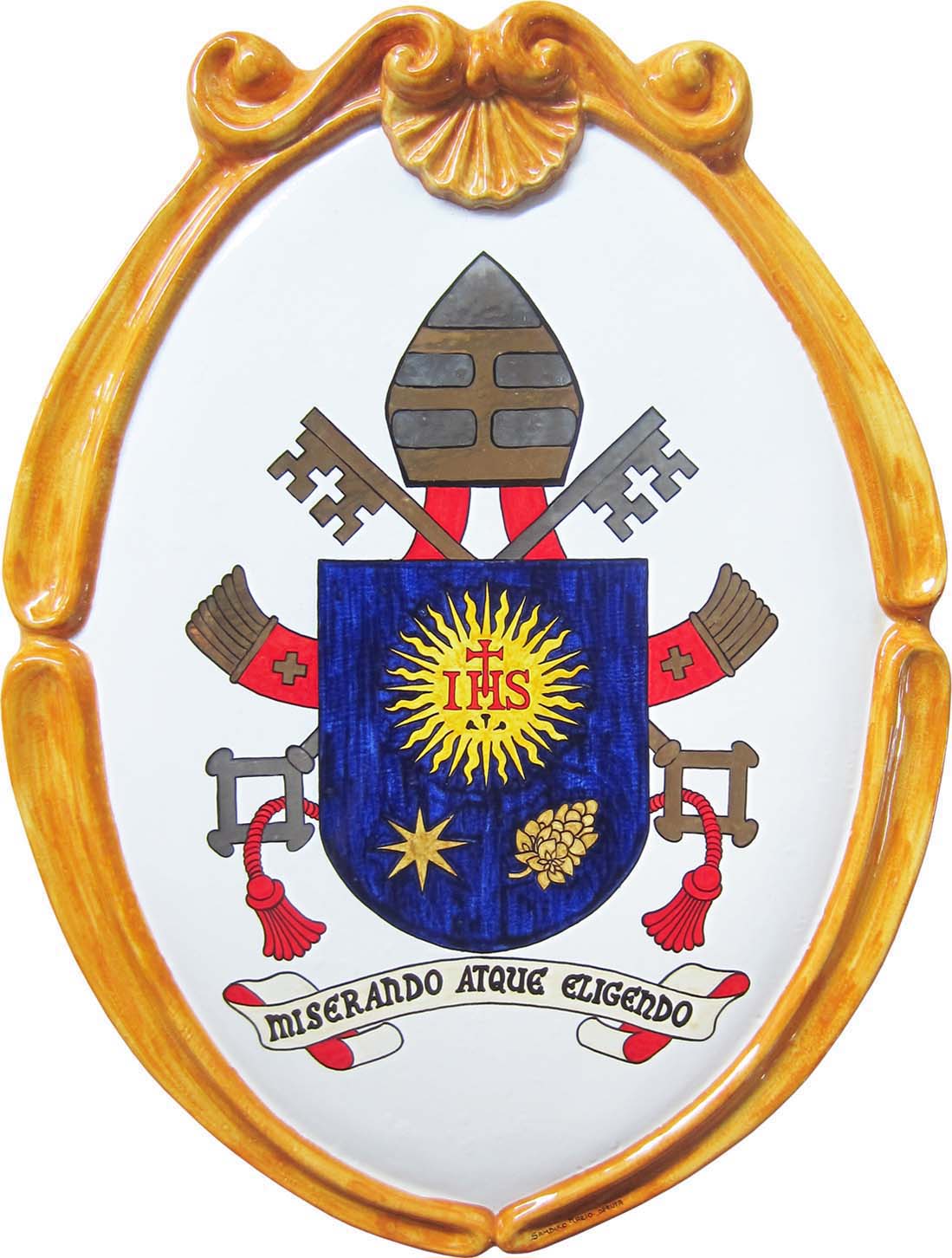 the Jesuits: a radiant sun with, in red, the inscription IHS (Iesus hominum salvator, Jesus savior of humanity), monogram of Christ. The letter H is surmounted by a cross; at the tip, the three nails. Below, there are the star and the nard flower. The star, according to the ancient heraldic tradition, symbolizes Virgin Mary, mother of Christ and of the Church; while the nard flower indicates Saint Joseph, patron of the universal Church. In the Hispanic iconographic tradition, in fact, St. Joseph is depicted with a branch of nard in his hand. By placing these images in his shield, Pope Francis intended to express his particular devotion to Most Holy Virgin and Saint Joseph. The motto of Pope Francis, Miserando atque eligendo, is taken from the homilies of Saint Bede the Venerable “¹ 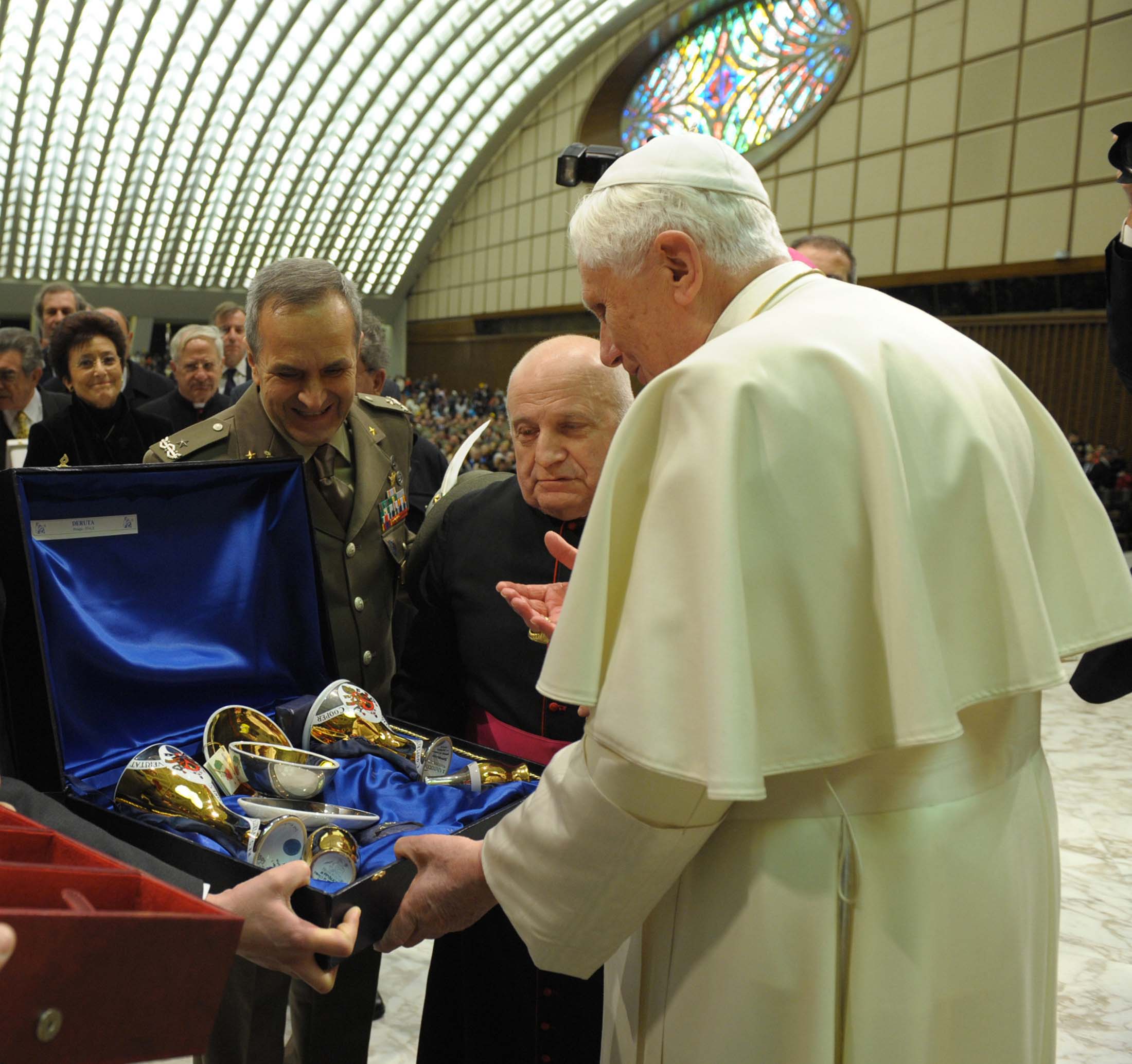 Our company has designed and created sacred vessels expressly for His Holiness Pope Benedict XVI, delivered at the general audience held on January 20th, 2010. The sacred vessels of the altar set, chalice, pyx, paten, offertorial paten, cruet, were entirely hand made with the coat-of-arms and the papal motto “cooperatores veritatis”, completed with the gold and platinum finishes. 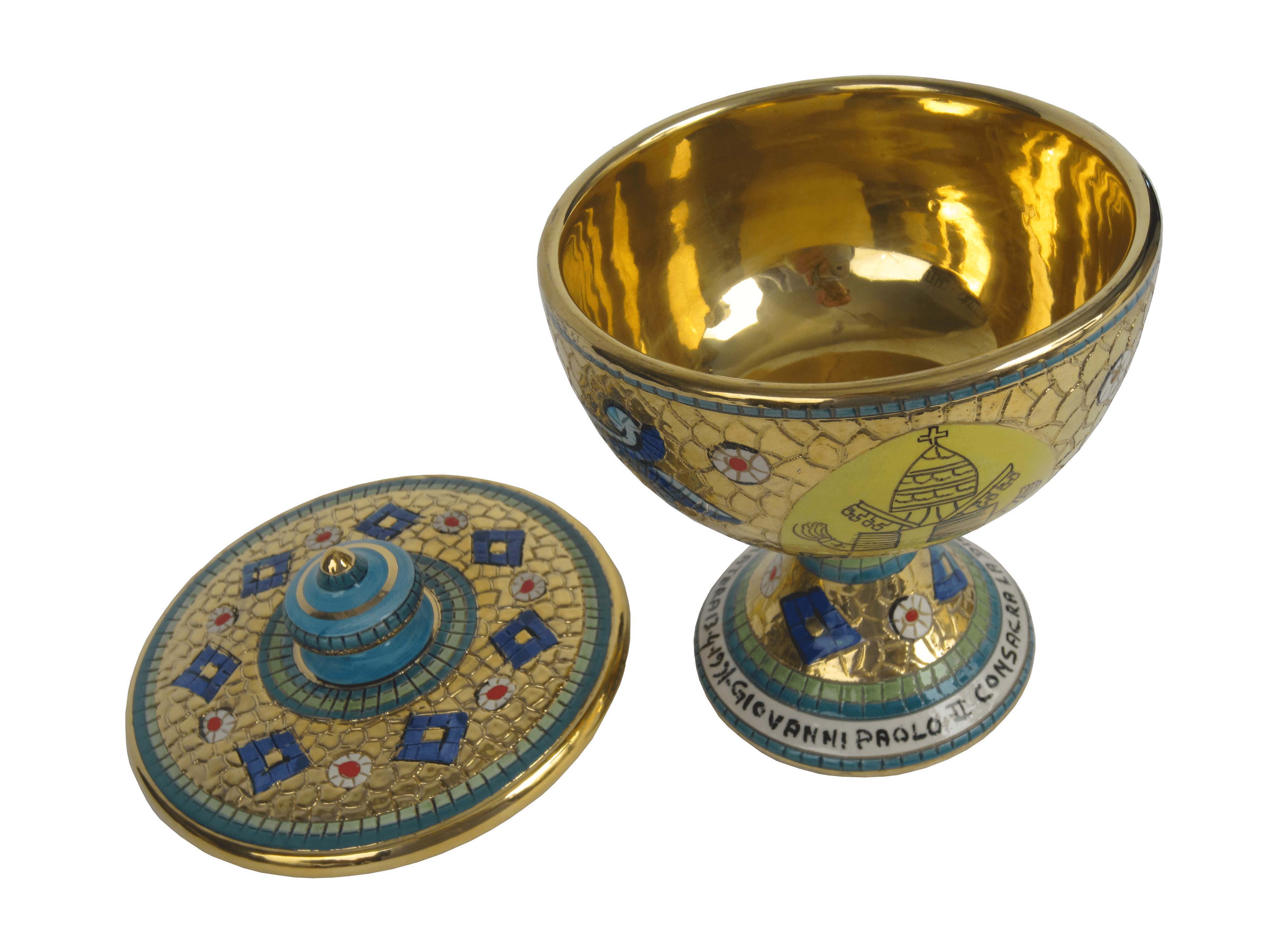 In 1991, on the occasion of the Pastoral 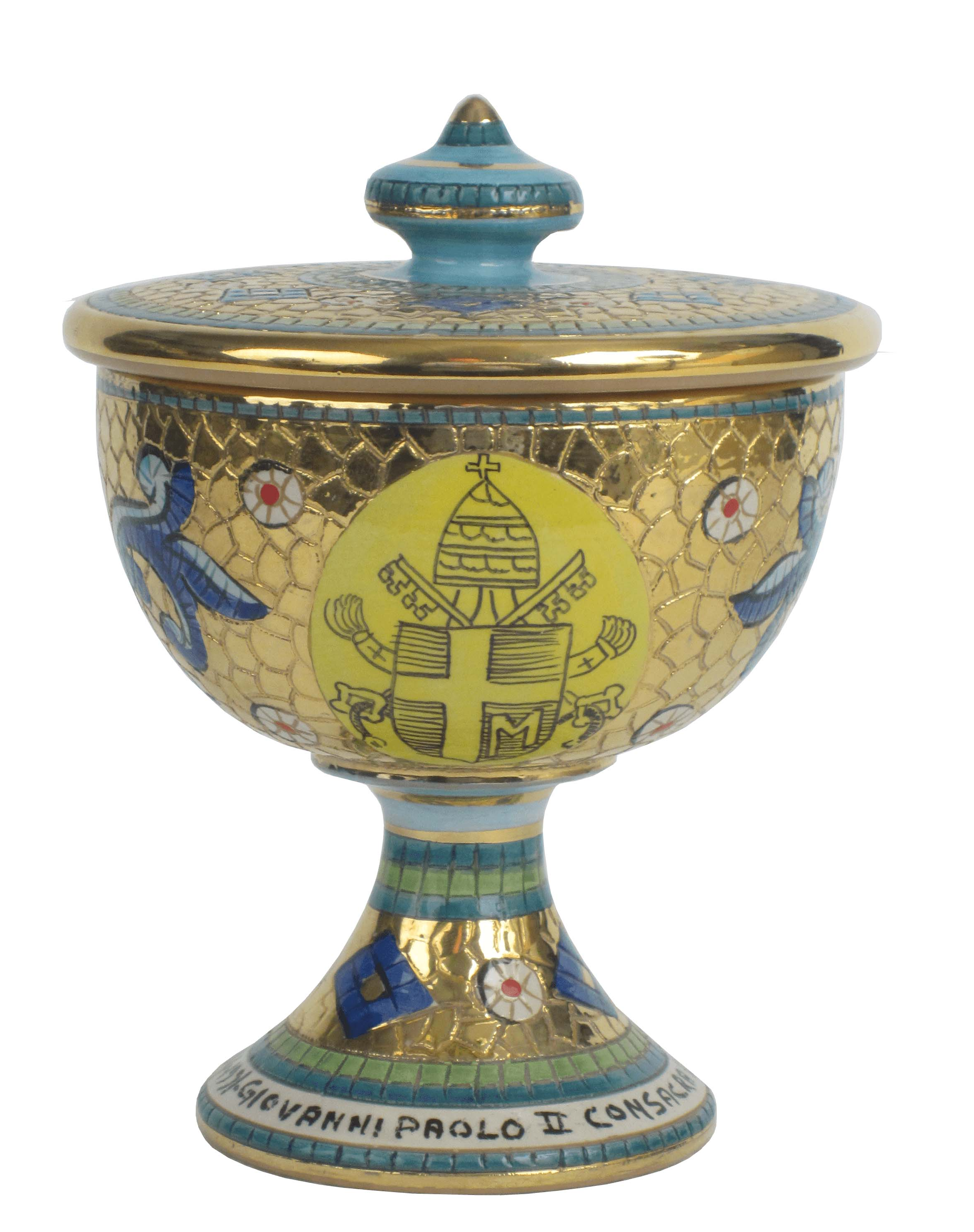 Visit to Basilicata, Saint John Paul IIcelebrated the Mass with the pyxes created by Ceramiche Sambuco for the Diocese of Matera for the event. 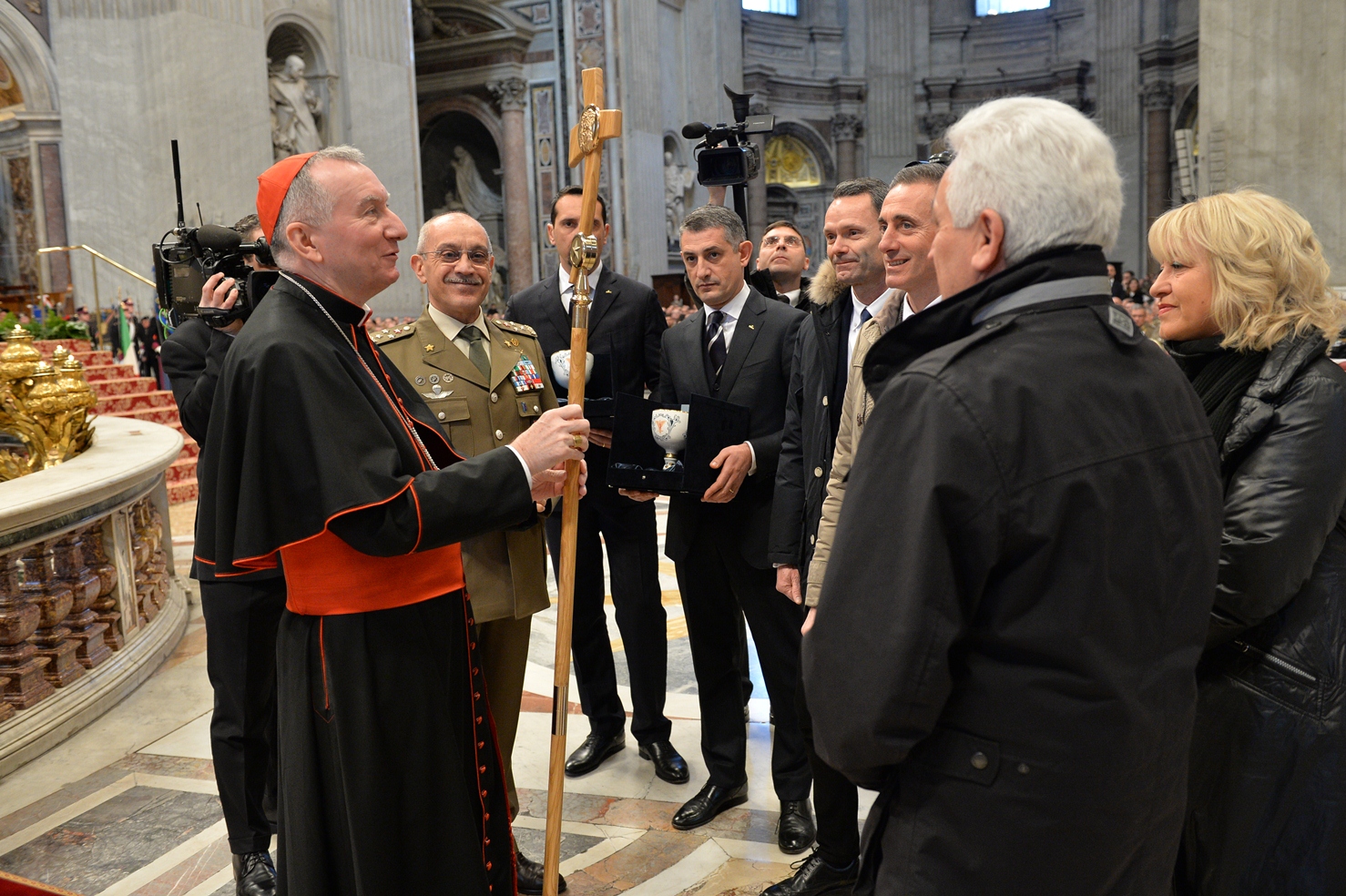 An other example of personalization of Sambuco’s sacred vessels. Ceremony of delivery of our sacred vessels to Cardinal Pietro Parolin, inside of Saint Peter’s Basilica (Vatican City, 2018).
Sambuco Arte Sacra creates and customizes sacred vessels following client’s instructions, thanks to its experience of over sixty years in the sacred art sector. 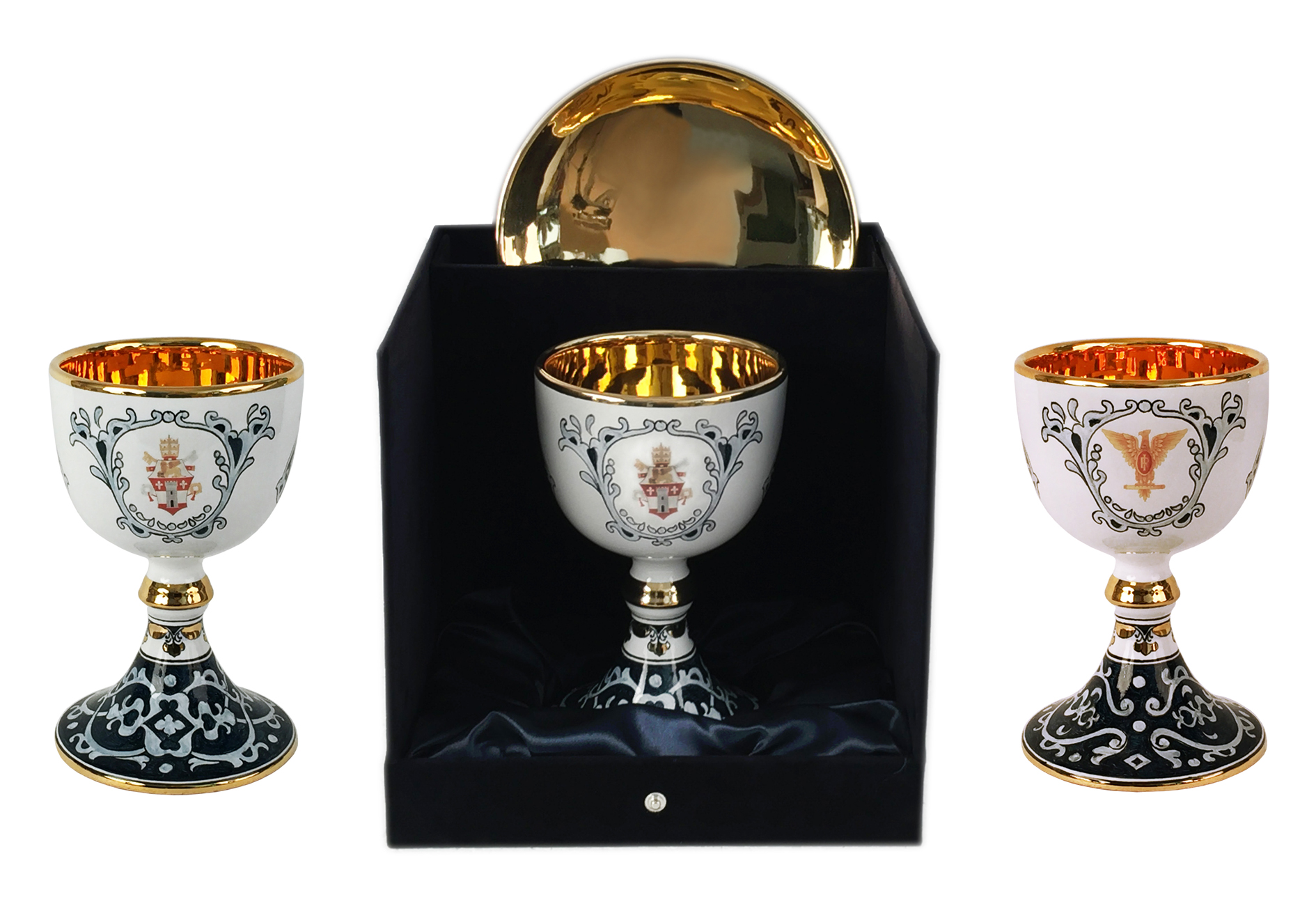