he history of the small town of Cascia, located in Umbria, whose origin is certainly to be traced back a few centuries before the foundation of Rome, is closely linked to the life of a character, Santa Rita, born Margherita Lotti. This place that counts as little as 3143 souls, owes its fame to the “Patroness of impossible causes” that with his perseverance dedicated his life to the care of plague victims, without ever contracting the disease. 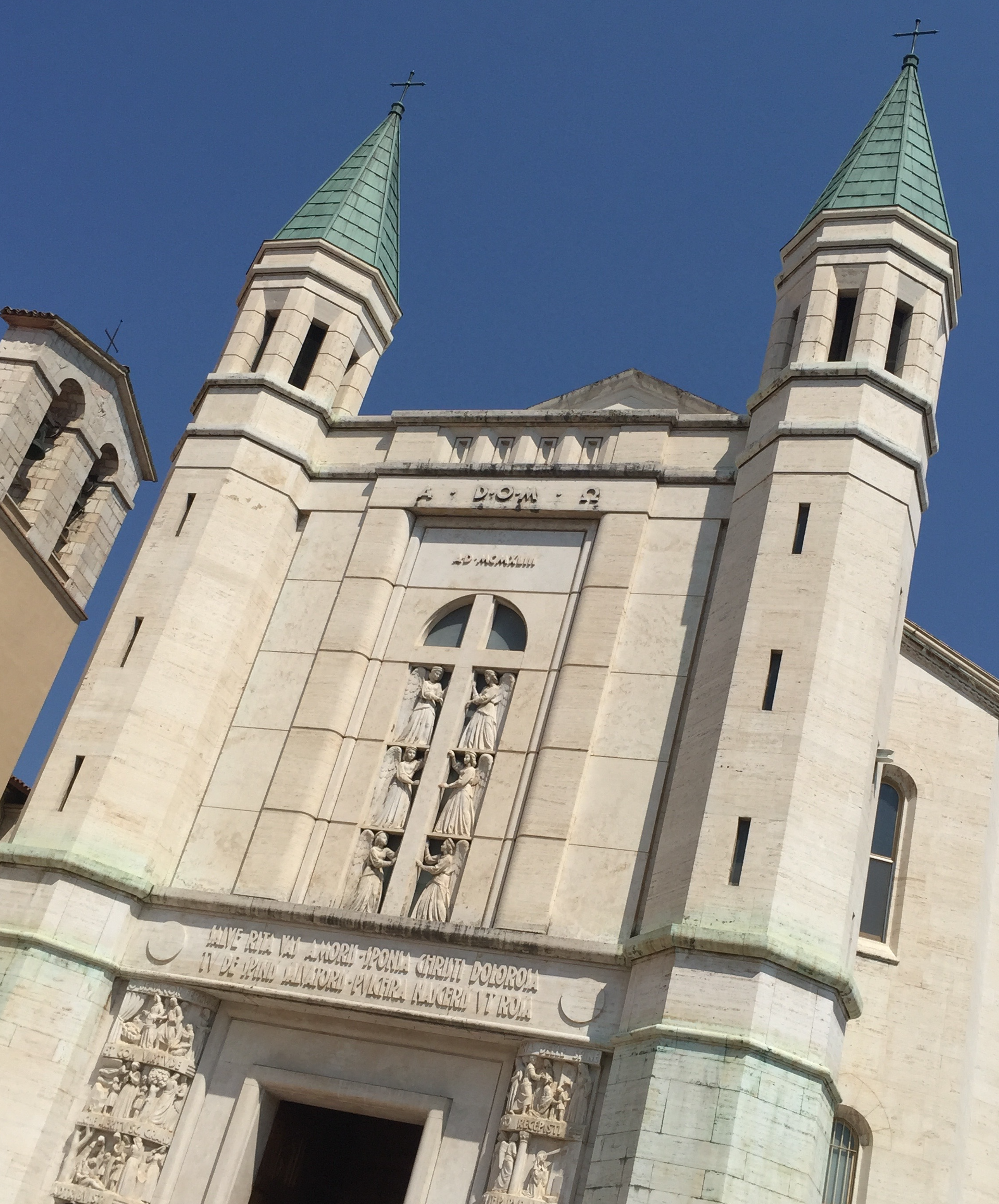 Santa Rita was born in Roccaporena (Cascia) around 1380. According to tradition, an only child, since adolescence she decided to consecrate herself to God but, due to her parents’ insistence, she was married to a young man of a violent character and nature. Following the murder of her husband and the death of her two children, she suffered a great deal from the hatred of relatives who, with Christian strength, managed to reconcile. Widow and alone, in peace with everyone, she was welcomed in the Augustinian monastery of St. Mary Magdalene in Cascia. She lived for forty years in humility and charity, in prayer and in penance. In the last fifteen years of his life, she brought on her forehead the sign of her profound union with Jesus crucified.1 According to the devotional tradition, on the evening of Good Friday April 18th, 1432 (or March 30th, 1442 according to another tradition), retired in prayer of the Passion of Jesus, after the preaching of Fra Giacomo della Marca, she would received a thorn from the crown of the Crucifix embedded in the forehead. The event is one of the few of the life of the nun explicitly mentioned in the fifteenth-century iconography that has come to us “.2 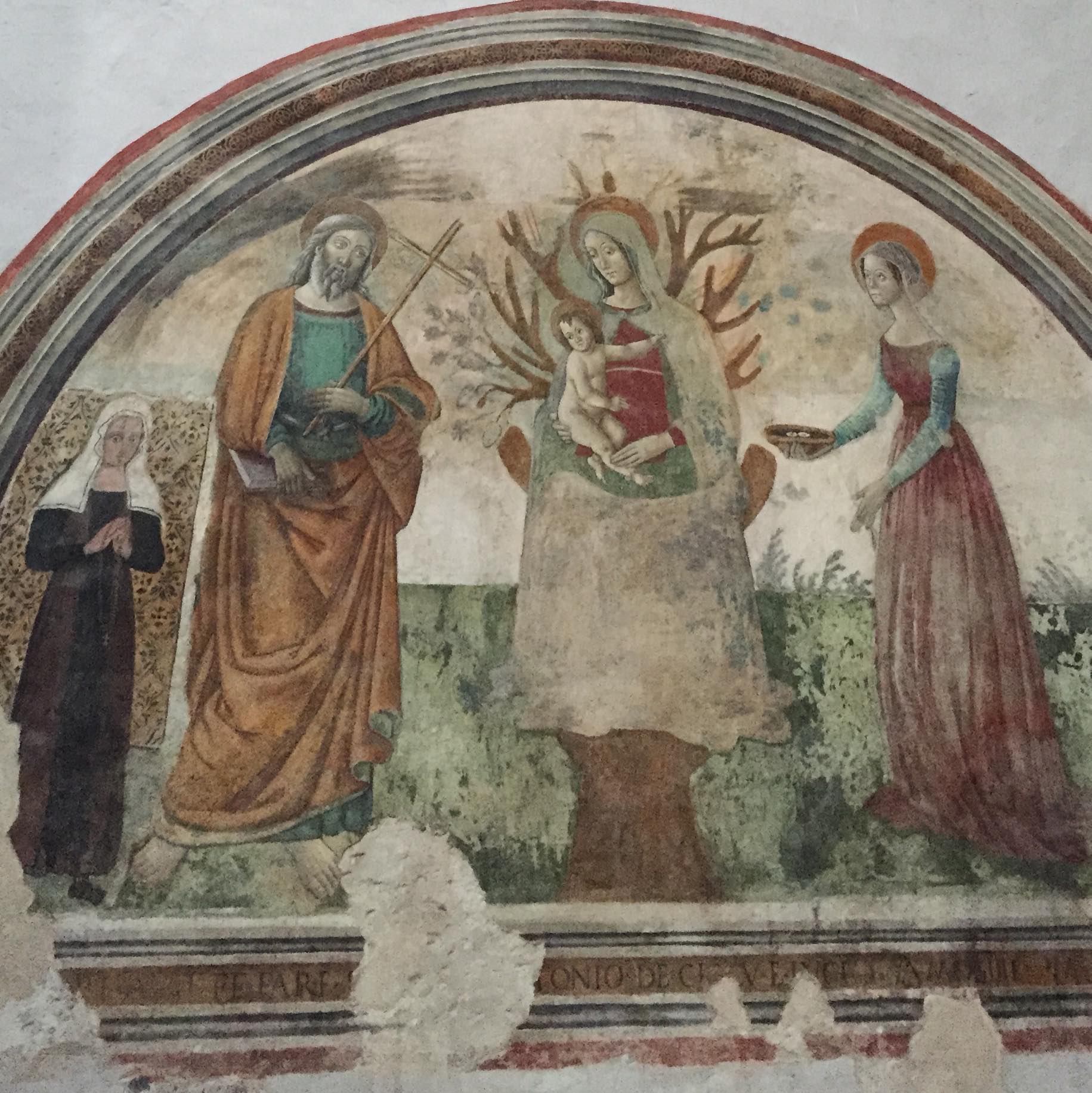 The stigmata on the forehead and the precarious health obliged her not to move from Cascia. However, it is said that in 1446 she wanted to leave for Rome, to assist the canonization of the Augustinian preacher Nicola da Tolentino. The abbess was against the purulent wound on her forehead, but it disappeared the day before the pilgrimage, so Rita could leave. Upon returning from Rome, however, the stigmata reappeared.

She died on May 22nd, 1457, after an illness that forced her to sleep for a long time. Invoked as a thaumaturge of grace, her body is venerated in the sanctuary of Cascia, the destination of continuous pilgrimages. Beatified by Urban VIII in 1627, she was canonized on May 24th, 1900 by Leone XIII. She is invoked as Saint of forgiveness and peacemaker of Christ.

The miracles charged to the saint are recorded by the notaries in the Codexmiraculorum (Code of Miracles) from 1457 until 1563 (in total, forty-six miracles). The worship of Rita da Cascia by the faithful began immediately after her death. With the reform of the liturgical year of the Roman Martyrology, May 22nd represents her festivity and the characterizing symbol is given by red roses.